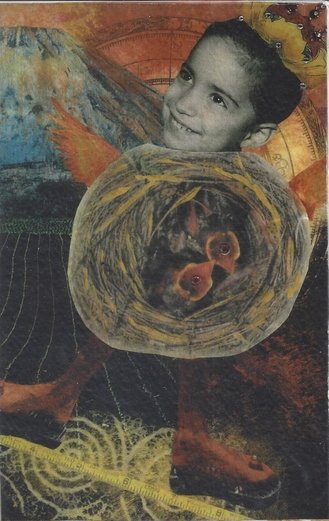 ​Listen!
Come on…I’m not uncaring.  I know the planet is heating up, the glaciers are melting, there is endless war, extreme fires, floods, famine, and drought.  The bees are dying and we are poisoning our mother and cutting down the rainforest, making orphans of all the potential living there.  I know that Black Lives Matter and the tiny Hitler impersonator is making his way to be Emperor.  I know, things suck but I can’t help myself, I’m stuck here picking at the narcissistic wounds of my childhood, my life, my story!
Who cares? Is it because I feel helpless to do anything about the horrible conditions our poor little blue dot of a planet is in?
I’m driving home, making my way past the local homestead, dead skulls lining the fence…horned and dried up like the stories I sell.  I never learned another way to do it…all or nothing.  My great grandmother’s genes running like muddy rivers through my veins.  The first born, of the first born, of the first born…daughters all, that being are strength and our burden.  Portuguese families count worth in boy souls.
O.K. I remember, don’t tell stories.
“Mom, she’s telling a story!”
My mother cut off my long straight locks, cut off my power, cut off my truth telling early on.  Hide your stories well.  So I learned to fold up the letters into little word envelopes, the truth onto little scraps of paper and sealed them away in a pouch, inside a box, inside a chest, inside the deepest chambers of my flickering soul.  I bound them with chains made of sadness, shock, grief, loss, shame.
Like a fairy tale in the back of a pickup truck…always moving with no place to call home.  I hid them until I lost the ability to tell the truth from the fiction…following the muse of the masses, understanding nothing.  My stories became made up twists of truth. Made up to ease the pain of the real stories…How much scarier can I make them?
How much more sad?
How much more hopeless?
I buried my real stories in the graveyard under my bed, proclaiming them gone.  Names on the headstones like “SURRENDER”, “HOPE”, “TRUTH”, “LOVE”.  I thought I was keeping them safe but I know better. I locked them away to keep me safe.   But it had the reverse effect.  It made me mute, it erased my truth…it erased me.  Hiding my stories like that only made me vulnerable, weak, naïve…a victim.
It stole my wisdom…our stories being our life line to rich choices.
I swear, I didn’t go looking for them…but in my mid-thirties they began to bubble up like some underground poison that could no longer be held.  I tried to write them in Pig Latin, writing without stopping, stringing all the letters together,  writing backwards, leaving out vowels, writing them in invisible ink that only my eyes could decipher – playing at burying them in tiny word houses, stringing them like graffiti on the walls of my veins, petroglyphs on the back side of my organs, one million thread count fibers written in the hairs coming out of me.
There are lies in me, truths too…stories of family and friends, cowards and heroines…tattooed on my brain, etched on my tibia bone, burned into my retinas, stretched and woven and tied like ribbons in the hollow places of my deepest recesses, rolled into the marrow of my bones, firing between synapses.  Rising and falling like a tidal wave, ebbing like the language of water.  All written by a tortured child soul hiding between smiles and good marks in school, piano lessons and ballet too…strict parables for the newly hatched chronicles of SILENCE.

I Dream In Letters Now 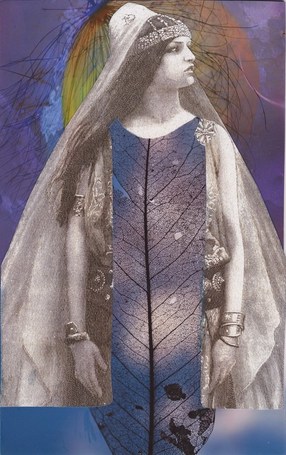 ​Dreaming in letters
I dream in letters now…making temples of words and sanctuaries of stories – smiling being my cloak of survival, speaking in tongues my frantic offering of a lullaby of lament.
So what is my “go to” in times of trouble…anger, fear, with drawl, fight, flight, disappearance, hiding?
I am hated in about 30 countries, loved in many more…my strength seen as a misplaced eraser of balance, neurotoxins of the Goddess genes.
How many derogatory names do we have for women?
Bitch, Ho, Cunt, Slut, Whore!
How many do you use?  How many do I…casually…self-hatred running deep?
The truth is women are the only ones able to create life inside their bodies. Is it scary to men to realize that we could freeze their sperm and then carry out a mass genocide.  Hopefully, eradicating war, dominance, acts of abuse in the wake.
It’s o.k. to be stupid, sexy, coy…snapshots of the Palin years.  But Do Not wear a pant suit and compete in the male arena head to head…do not think of becoming the most powerful dictator in the world….while they are dominating the real mother, slicing her up and raping her.  Let’s just hope, her roots go deep into the unconscious occipital playground of the feminine.  It is true that women have more neuro pathways in the corpus callosum than men, connecting the right and left hemispheres of the brain…making us more whole brained, pulling out the truth from our dreamtime, voting for the capacity to thrive.
And how is it that others think I am continually forgiving.
That acts of slight are forgotten.  That deeds done in the name of selfishness are dismissed, that there is no “deal breaker” in my world…constant story of the powerless self-defacing, feminine model of “good girl”.
Good is a mother bear tearing in to a male twice her size.
Good is pulling the trigger on an approaching abuser.
Good is stepping in front of a car headed towards a young child.
Bare feet on cobble stone…there is a reason we are here!
All of us…at the changing of the guard…at the changing of the millennium.  We are here for a reason.
Let us fear not…we were made for this time! 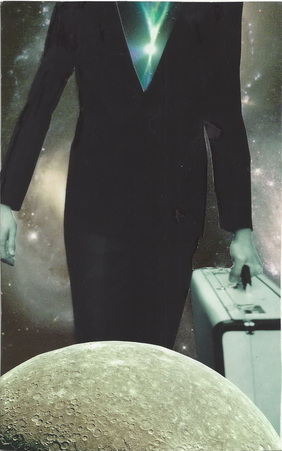 My studio is full of the remains of those already gone…ashes
and old photos, carvings of bone and antler, animal skins and
cracked crystal malas whose energies swirl together like the
cross winds in this old cane house.

Do the white coat gods ever tell you to look in to your anger,
resolve your resentments, search for happiness?  Do their
prescription pads include “six week at the retreat center of
your choice?”

The post man honks, alerting me to a package from faraway
lands.  Fuck, everything is far away when you live on Maui.
There is a reason I came to be on the most geographically
remote place on earth, a reason we all came…reciting the
mantra “wherever you go, there you are”.  I think that should
be tattooed backwards on the forehead of every new arrival
to the islands…a reminder for their moment to moment
affection with the mirror.  I came here to set myself free and
upon landing in paradise believed that the only baggage I had
was that which I picked up at Carousel B of the airport turn
stile.

Now, I say “Be prepared! Everything grows to it’s fullest
potential here”…

The sun burning out the buried past from your pores

The rainbows reflecting back your deep unyielding depression.

The red mist at sunset ripening your loneliness

The sea pounding out your greatest fears

Ah, and then there’s the mother…Mother Maui, the one whose
blood surrounds us, who is always present, waiting, holding.
Who says,

“I’ll be there when

I’ll be there when

I’ll be there when

to help you compost

for your new life in paradise.” 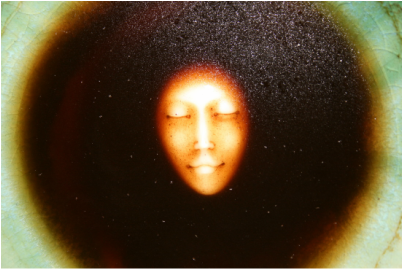 The full moon held glistening bubbles of fluorescent mysticism  like the snow globes of her childhood.  She walked slow past the ruby and emerald fields in the drizzling Haiku night, nesting the clay bowl close to her body.  The bowl full with the tiny black seeds of possibilities, seeds of mystery, seeds of revelation.  On her knees she poked the holes one by one into the rich black earth and with each seed released she whispered a blessing for its journey.  “Write each day or I will kick your ass”.  Her task complete, the call went out through the dream time tunnel, like a tuning fork of the ancient rhythmic cycles of the moon.
Some of the seeds lay dormant, holding out for another round, another time, another call, like the anesthesia for the comatose chameleons.
But slowly the scent of light called out to the 100 trillion cells of a noble lineage.  Words began to percolate, words that morphed into stories…stories of courage, of shame, of anger, of love and loss, of misery and demonized morality.
And as the seeds poked their pointy heads from the ground they were drawn to each other…the synergistic commitment to a larger call…like how geese fly south for the winter and dogs know the way out of the woods and horses gather speed on the homeward journey.  The seeds of light baring their microscopic tongues – tongues licking wisdom into the saliva varnished vessel of the collective…like the ancient Hawaiian calabashes of light.

Go ahead…call it a cult if you want.  She drank from the moistened jar of white moonlight, igniting her spirit to step forth, saving us all from the suicide of the cloistered lies, her overt acts of altruism, untying the wobbly reins of our sleigh of freedom.
Go ahead, check them.  Her fingernails dirty on some time lapse commitment to anarchy, indebting us to the deep voice of one another.  Like Hieroglyphs of the cosmic charades, tortured thumbprints of the moonbow clusters, old bones and old tongues spewing curses to God, serving the muse instead of the ego and the slurring words of the drunken militia…like the freeze dried dew on the fallen redwood giants of our promises of prophecy….like the starry headed pilgrims of the collective underground.
Powered by